What a Small Plastic Bead Can Teach You About Life 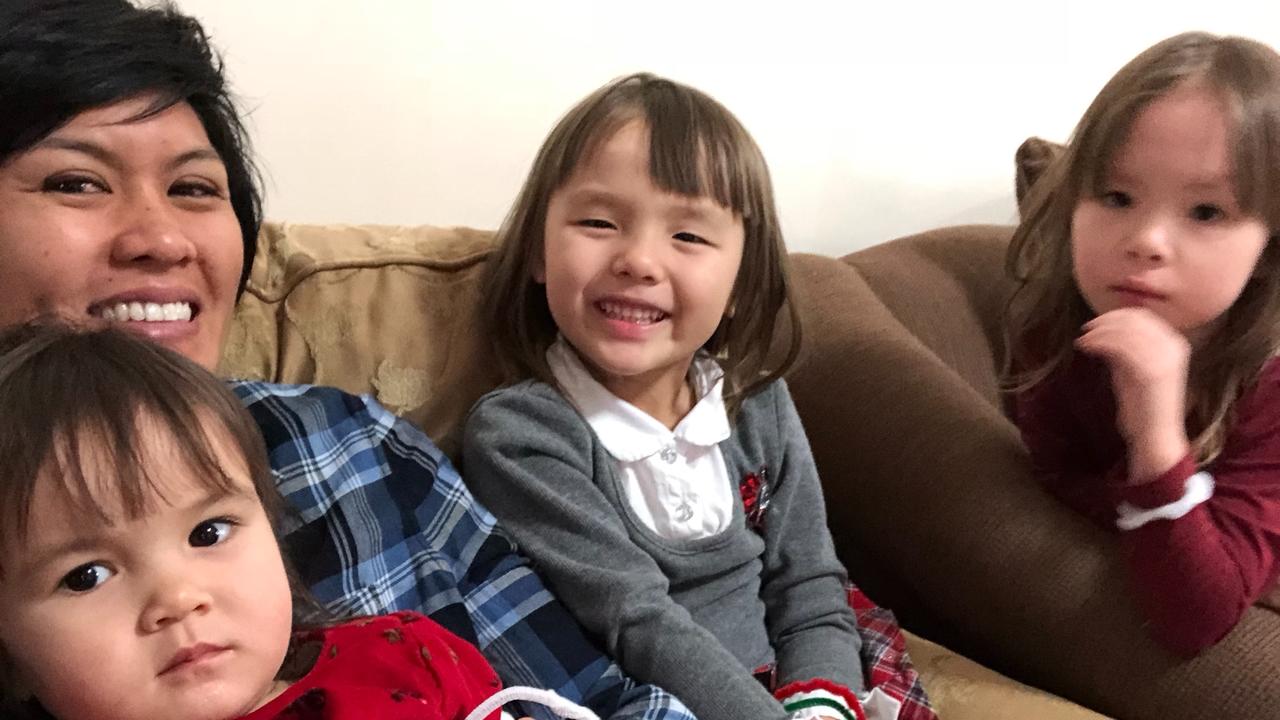 Raising three girls is like having cupcakes and extremely spicy kimchee everyday. Last Saturday, was day 1/21 days of Christmas Vacation and the first activity on the list was an early afternoon visit to Santa Claus! Our wonderful Community Officer (for the US diplomatic community) and her staff organized a meet and greet with Santa, along with formal photos and snacks!

We arrived there and instantly, the girls ran away, so we took another awkward Santa picture, but hey, I’ve accepted that this is parenting, I’m just glad we were able to go. The little one, however, was amazing, she kept saying “Saaaantaaa, hi. Saaaantaaa, bye.” So cute. The twins, on the other hand, ran straight for the stack of chocolate chip cookies and fruit punch Hi-C juice boxes in the kitchen, came back out with cookies in their mouths and stood next to me for a photo. And Voila!

About ten minutes later, we were making holiday bracelets/designs with red, white, and green pipe cleaners and plastic beads. The girls were enjoying themselves. My wife and I were chitchatting with a few other parents. When suddenly, Elise just starts crying out of nowhere. I assumed another child took a bead or something...I went over and just hugged her. Then she started acting up and wouldn’t let me do anything except be with her. So I sat on the couch with her, and Juliet too. Elise started sneezing relentlessly. Her eyes were swollen and her face was puffy. I figured it must have been from the crying. Then I asked, “Elise, do you have allergies?” It was so odd, we’ve been in South Korea for almost five months now, if she had any allergies, they would have shown up already. Also, the air quality wasn’t horrible that day. I checked off all my mental boxes, and just decided, we’ll just go home early.

My wife went to go get the car, parked literally 30 feet away from the house. Elise started stomping her feet and asking why we parked so far (mind you, we were only a five minute walk away). Both my spouse and I started getting huffy puffy with the the girls behavior. We went home, let them play, and tried to “relax.” The forthcoming hours were filled with arguments between the twins, crankiness, and bad moods.

By bedtime (7:30pm), Elise was still sneezing and had a runny nose. She asked for warm milk, and I said “I’ll just give you water tonight, because whatever you have, milk will make your mucus thicker.” She asked why? And I went on saying “Well, if your mucus gets thicker, then it would be hard to breath.” I went on (as my imagination just takes flight when I explain things to five year olds), “Imagine, not being able to breath out of your nose, but only out of your mouth.” I demonstrated, she followed. And then the truth came out...she started crying again and said…”Mommy, I’m scared.” My heart stopped, and instantly, I knew exactly what happened. My mind flashbacked to her crying at the Santa event, and I knew this little girl stuck a plastic bead in her nose.

Calmly, I called my wife. “Honey, can you get the flashlight!” The whole family (Madi and Juliet in tow), went to the couch. Elise put her head back, Carol came over, and I said, “Elise has a bead in her nose.” I started thinking about taking her to the ER, but luckily, my wife is an excellent problem solver. I had a teeth cleaning device, that was long enough to get inside her nose. We were looking and looking for 15 minutes, until we realized it was too deep. Carol said, “Wake up Halmoni (“grandma in korean” who was also an ER nurse for over 30 years).” Halmoni, brought the Vaseline, I was busily googling solutions (tried one where you hold one nostril, and blow in their mouth, hoping the foreign object would come out with the air pressure - no go). Halmoni kept saying, there is nothing in there. And I said, "It's a clear plastic bead.” Of course, out of all the colors in the rainbow, it had to be clear. Madi and Juliet in the meantime were being silly and curious, trying to see what was going on.

I was still on my phone looking for solutions and simultaneously texting a friend who is an ER Pediatric doctor. Then...I heard the sound of small bead bouncing on the laminate floor. SUCCESS! Go Wifey! What a relief! Elise instantly felt better, and asked for her warm milk. We all laughed, but mostly laughter of mental and emotional exhaustion. I took the little ones to bed, and Elise looked at me and said, “I did it because I was curious.” I replied, “I know Elise, I know. Goodnight.”

Being a parent teaches me something everyday. In the span of 12 hours, I can feel a wide variety of emotions, elation, happiness, anger, frustration, impatience, joy, lightheartedness, silliness, and the list goes on. As a professional coach, I know that in the end, I am only in control of how I react to events and people in my life. With Elise this day, I was cranky and irritated, as a consistently scolded the twins for arguing. I knew I was adding negative energy to the whole situation. I wasn’t proud of it, but I didn’t muster the energy to be better. Or rather, I let the negativity take over, until the moment of revelation, when my bad mood turned into empathy. I felt bad, and I realized that I just need to be a better emotional role model, despite the endless ups and downs of the day, I need to be the steady ship.

As human beings, we all make assumptions about other people. It's in our nature. Family, friends, co-workers, neighbors, complete strangers - we can see one action or hear one word from them, and we already have a judgement or idea of what kind of person they are. Most of the time, we don’t see people at their best. Sometimes, we see them right when they get the “plastic bead in their nose.” They may be going through personal, health, emotional, financial, career, or general life challenges, and we just have no idea. But, we make an assumption about others based on our own  interpretation of events. We all can be better. We all can choose to be our higher selves, and instead of thinking negatively or disconnect ourselves emotionally, we can choose to be there for another human. We can choose to listen, to empathize, and to show support. Because one day, it just might happen to us, and we’ll need family, friends, and strangers to show us kindness and compassion.

Just  an hour ago, I was putting the twins to sleep. Per usual, they were stalling, asking for more water or making an excuse that they need the light on to “check on something.” I went over to sing them my Goodnight Song, and my little Lisey found her special Plastic Bead, raised it to her nose jokingly, and said, “Goodnight Lovely Mother.”

Are you a female entrepreneur or leader looking to build your confidence and courage to build your unique dream? If so, I'd love to help you. You can sign up for a complimentary 1:1 Strategy Session below!

Stay connected with news and updates!

Join our mailing list to receive the latest news and updates from our team. You will also receive The 5 Elements of Happy Success - a simple guide to help you start living your best life!

Stay connected with news and updates!

Call To Action
Powered by Kajabi